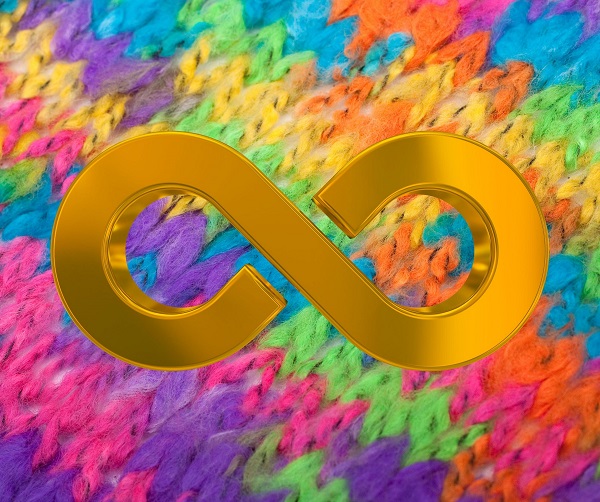 An Australian sociologist Judy Singer (who is herself autistic) coined the term Neurodiversity in 1997. An autistic activist Kassiane Asasumasu née Sibley coined the term neurodivergent a few years later.

The neurodiversity paradigm is a collection of beliefs that stem from the biological fact of neurodiversity. It states that neurodiversity is normal, natural, & right, and that every type of mind/brain is valid. 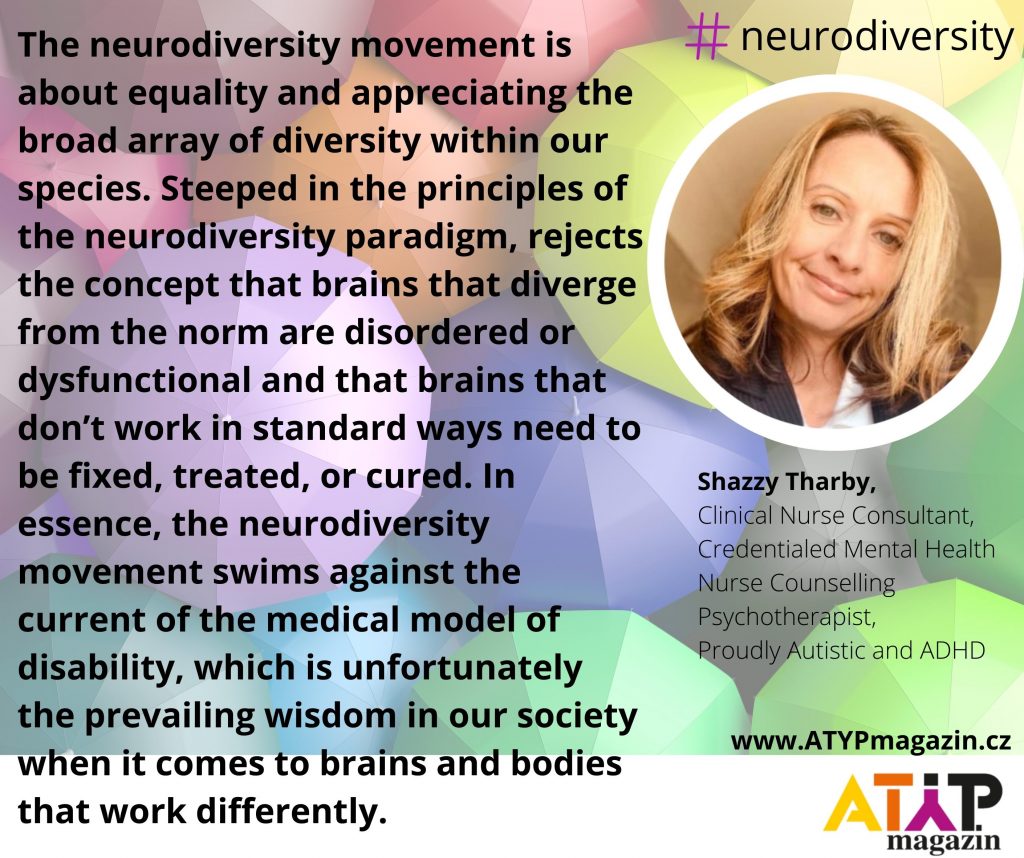 The neurodiversity movement began in the 1990s, aiming to increase acceptance and inclusion of all people while embracing neurological differences. Through online platforms, autistic people were increasingly able to connect and form a self-advocacy movement. At the same time, Judy Singer, an Australian sociologist, coined the term neurodiversity to promote equality and inclusion of “neurological minorities.” While it is primarily a social justice movement, neurodiversity research and education is increasingly important in how clinicians view and address certain disabilities and neurological conditions.

As in other social justice concepts, the neurodiversity movement is about equality and appreciating the broad array of diversity within our species. Steeped in the principles of the neurodiversity paradigm, rejects the concept that brains that diverge from the norm are disordered or dysfunctional and that brains that don’t work in standard ways need to be fixed, treated, or cured. In essence, the neurodiversity movement swims against the current of the medical model of disability, which is unfortunately the prevailing wisdom in our society when it comes to brains and bodies that work differently.

As people were starting to use “neurodiverse” to only mean autism and not the diversity of human neurology, Kassiane came up with Neurodivergent, a term explicitly made to include everyone who has a brain that diverges from the norm. 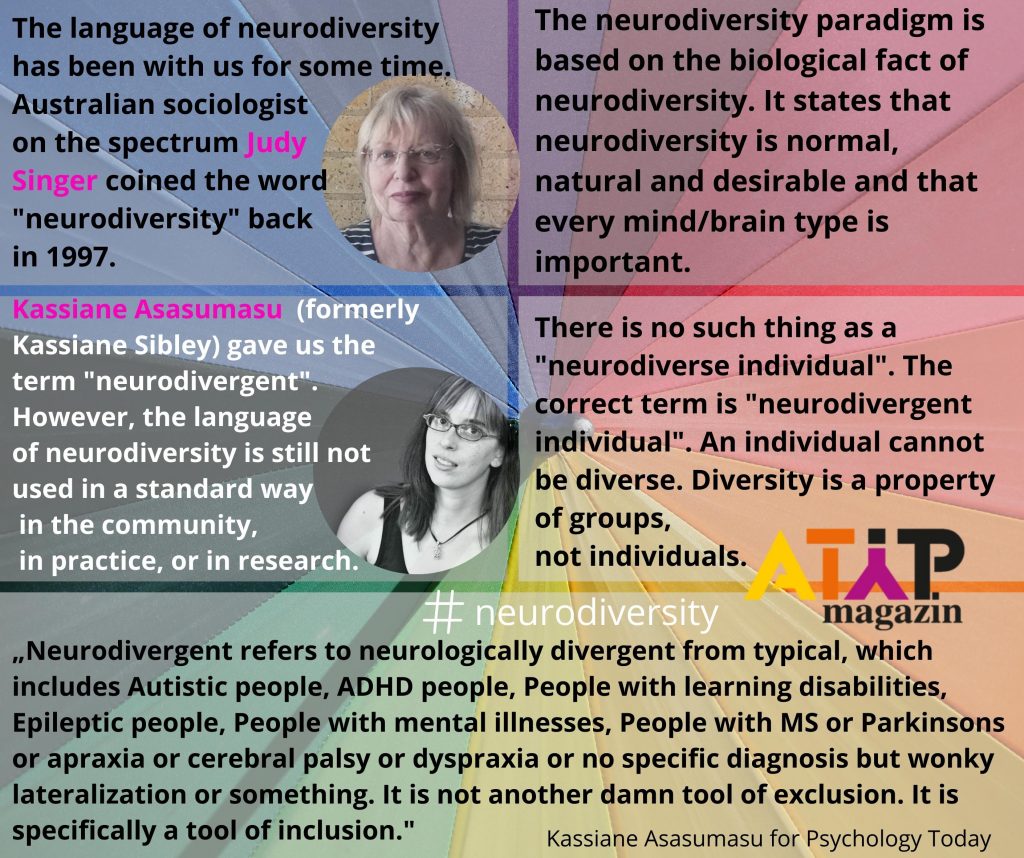 ‘What we see when someone from a majority group (neurotypical people, white people) uses “diverse” to mean “unusual” is an eradication of the ethnicity or neurotype of the speaker. They do not class themselves as a part of diversity because they do not recognise the relative unusual-ness of their own identity. Instead, they think of themselves as “normal” and hence everyone else as “diverse”. The desire to other is strong enough to overcome the fundamental meanings of the words in question.’

For Psychology Today in 2018 Kassiane stated “neurodivergent,” has emphasised that “Neurodivergent refers to neurologically divergent from typical,” which includes “Autistic people. ADHD people. People with learning disabilities. Epileptic people. People with mental illnesses. People with MS or Parkinsons or apraxia or cerebral palsy or dyspraxia or no specific diagnosis but wonky lateralization or something.” “It is not another damn tool of exclusion. It is specifically a tool of inclusion.”